Show what you're working on, get feedback and help
Post Reply
9 posts • Page 1 of 1

I am living in the middle of a wine area.

So I modelled the typical glas of our region the so called "Dubbeglas" a glas with little dots...

I don't like empty glasses, so I filled in 80% wine and 20% sparkling water, a so called "pfälzer Rieslingschorle"

in Croatia they call it "gemišt". In America I think it's a "spritzer".

In France they call it a sacrilege.

Nice renders, is the shadow lost in the table top texture?
Top

There is only indirect light, so not much shadows
Top

Jo-ke, (hope it's ok)
In addition to some denoise I re-worked the tone mapping of this image, what do you think?

I think this is a good example of how different tone mapping can have a dramatic effect on a rendering. 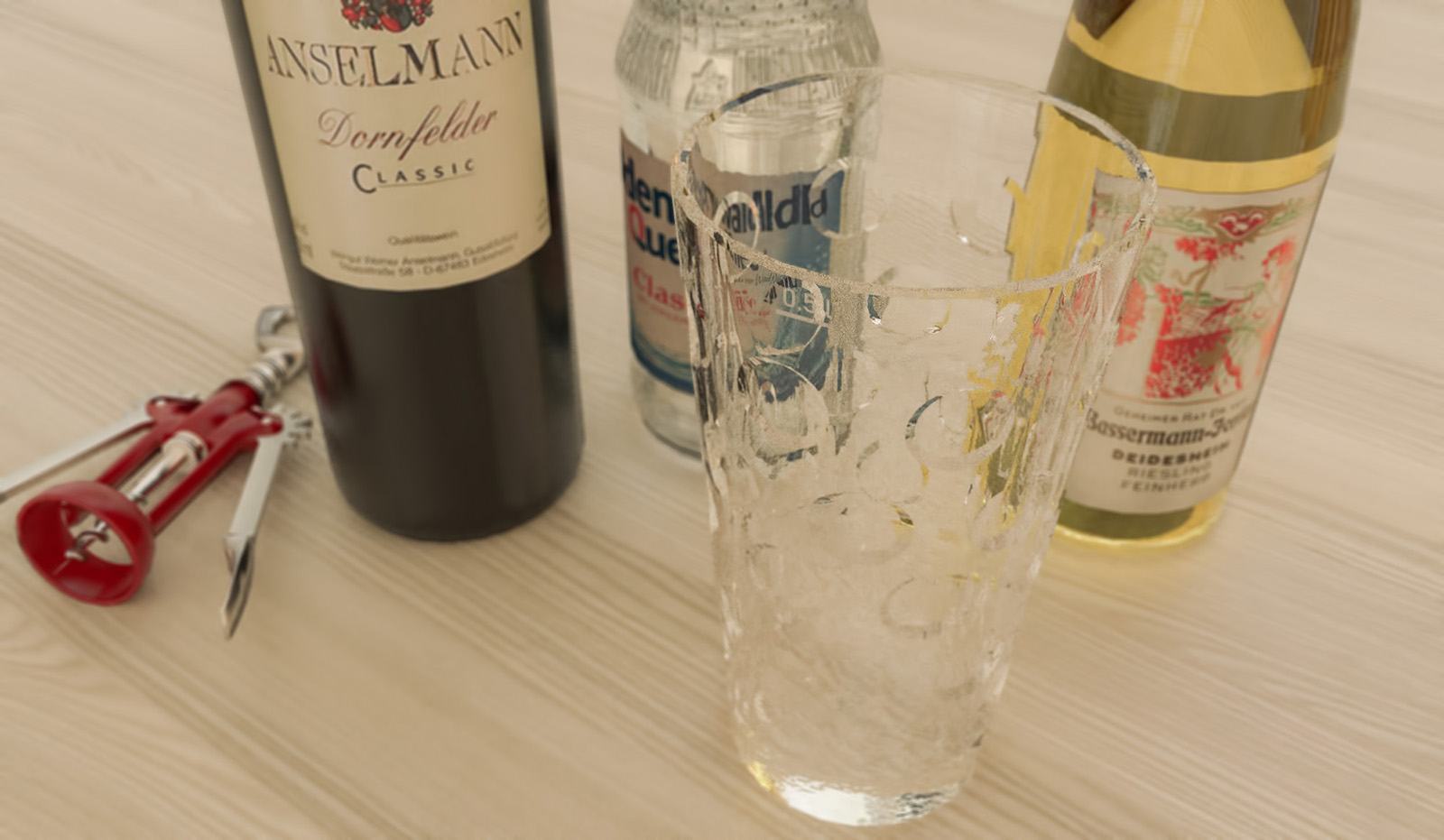 denoise and some alternate tone mapping

I thought of a typical german winebar with traditional lightbulbs.
Top
Post Reply
9 posts • Page 1 of 1

Return to “Work in Progress”

Users browsing this forum: No registered users and 17 guests